Ethereum, the second largest cryptocurrency, is the home of smart contracts and decentralized applications (dApps), holding a major share of the total value locked in the sector. Ethereum’s dominance in the dApp market was up to 90% before other rival platforms were created.

Nonetheless, Ethereum is still the undisputed king of dApps. Despite its high fees, the platform is still the first choice for different applications, ranging from finance, exchanges, and storage to gaming, non-fungible tokens (NFTs), and governance. This shows how far it has come since its whitepaper was published in 2013.

This article highlights the timeline of major events that made Ethereum a favorite decentralized blockchain network for dApp developers and its journey to Proof-of-Stake.

2013: The Conception of Ethereum

Ethereum, like all things, began with an idea. And the idea, which the Russian-born Canadian computer programmer Vitalik Buterin conceived, was to leverage blockchain technology to develop decentralized applications, unlike Bitcoin, which was strictly created for financial use.

Ethereum’s introductory paper was published in late 2013 by Buterin, the co-founder of Bitcoin Magazine. The whitepaper explained the concept of the new technology, its fundamental principles, and its possible use cases. But the project wouldn’t launch until two years later.

On January 23, 2014, Buterin officially announced the start of the Ethereum ecosystem, calling on volunteers, developers, investors, and evangelists to join the project. The programmer revealed that he was working with Gavin Wood and Jeffrey Wilcke as primary core developers to build the platform. Other founding team members include Anthony Di Iorio, Joseph Lubin, and Charles Hoskinson.

Buterin also noted that his team’s goal was to provide a “platform for decentralized applications – an android of the cryptocurrency world, where all efforts can share a common set of APIs, trustless interactions and no compromises.” 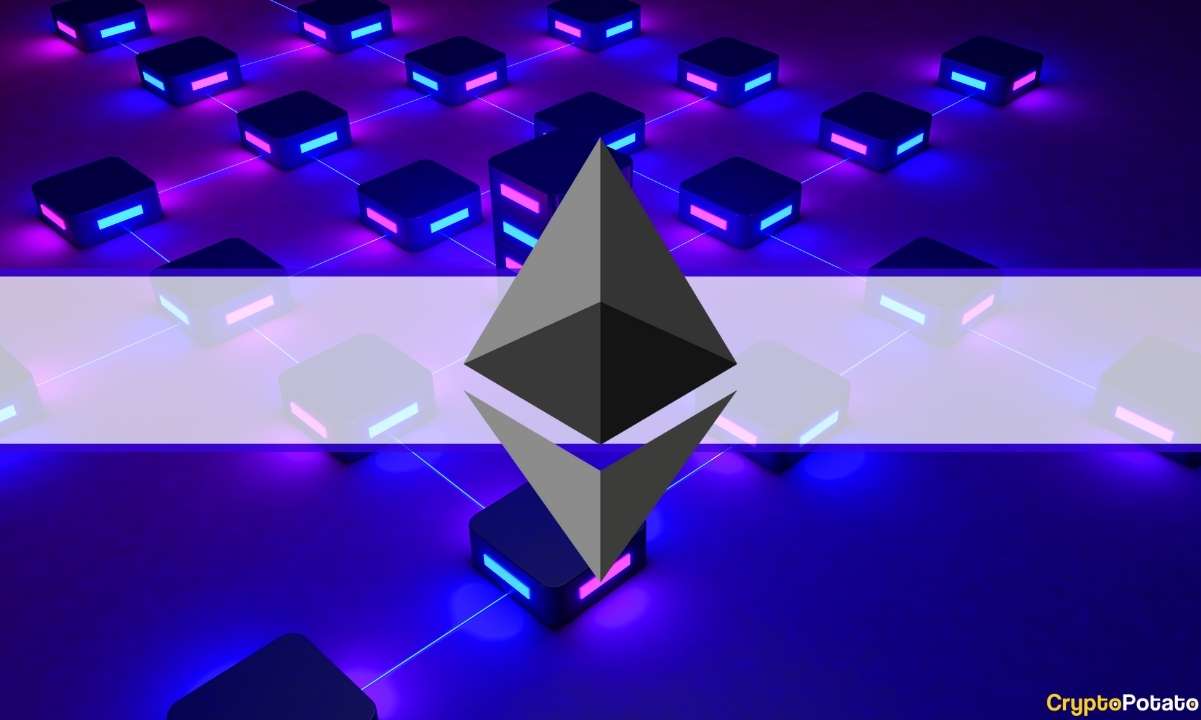 Ethereum developers needed large funding to build the project. So the team decided to raise capital from public investors through an initial coin offering (ICO) that lasted for 42 days, from July 20 to September 2, 2014.

In June 2014, the project established the Ethereum Foundation, a Swiss-based non-profit organization, to manage the legal and marketing efforts of the ICO campaign. The Foundation created a total of 60 million ether (ETH), the native cryptocurrency of the Ethereum ecosystem, for public sale. The company sold 2,000 ether per bitcoin (BTC) for the first two weeks of the ICO and 1,399 ETH per BTC for the remainder of the token sale event.

Interestingly, the Foundation sold over 50 million tokens within the first 14 days of the crowdfunding, and by the end of the campaign, the project raised a total of 31,531 BTC, worth more than $18 million. This made Ethereum’s crowdfunding the fifth most successful ICO in crypto history (back then).

The non-profit also created another 12 million ETH, bringing the total amount of minted ether to 72 million. The company said the additional tokens would be used for marketing and other developmental activities.

In April 2015, the Foundation launched its first grant program, DEVgrant, to support the best projects on the Ethereum ecosystem ahead of the platform’s pre-launch, and the program is still running to date.

On May 2015, the Ethereum development team released Olympic, a test version of the network, which focused on four areas – transaction activity, virtual machine usage for smart contract execution, mining prowess, and stress testing. The Foundation rewarded testers with 2,500 ETH and other prizes in each category of the testing stage.

After the Olympic testing phase, Ethereum officially went live on July 30, 2015, nearly two years after Buterin published the project’s whitepaper. The project’s first public release, known as Frontier and aimed at developers and technical users, marked a significant milestone for the team. It was the birth of a new blockchain ecosystem for decentralized applications of all kinds, even though the protocol would later undergo a series of upgrades as it matured.

Like Bitcoin, the newly launched protocol adopted a proof-of-work (PoW) consensus mechanism. Ethereum created its first block (genesis block) through Frontier, and the block contained 8,893 ether transactions to different wallets, with a block reward of 5 ETH. Ether had no value during this period as there was no market for it yet. Investors who participated in ICO were still HODLing their tokens.

The Ethereum development team introduced the Ice Age and, with it – the difficulty bomb on September 7, 2015, at block 200,000. It is a difficulty adjustment scheme designed to increase mining difficulty on the network after every 100,000 blocks, thus making it impossible for miners to keep up with the increasing difficulty level. This would make the network freeze over time, hence the name “Ice Age.”

The feature was implemented to ensure there would be consensus in the ecosystem on future upgrades that would transition Ethereum to a proof-of-stake (PoS) consensus network.

On March 14, 2016, at block 1150000, the team launched an upgrade dubbed “Homestead,” nearly a year after Frontier went live. The new release came with GUI, thus making the platform useful for non-technical users.

On April 30, 2016, a Decentralized Anonymous Organization (DAO) was created on Ethereum at block 1428757. The DAO raised $150 million worth of ether from over 11,000 investors, but little did anyone know the success wouldn’t last.

A decentralized autonomous organization (DAO) is similar to a company’s board of directors, except that DAO members are anonymous, and their voting rights are determined by the number of tokens vested.

Barely three months after its launch, the DAO was hacked because its developer deployed the project without careful auditing. The attacker moved about 3.6M ETH, worth $60 million at that time, from the platform, which led to a controversial forking of the Ethereum network to recover the stolen assets.

The incident gave Ethereum its first real existential threat since DAO’s failure would have devastating consequences for the budding blockchain network in addition to financial losses for investors because the DAO had become one of the biggest projects on Ethereum.

The Ethereum community attempted a soft fork to avoid making permanent changes to the blockchain, but that didn’t work. A hard fork was then implemented, and the funds were restored and returned to investors.

A hard fork means permanently deviating from a blockchain’s latest version to upgrade or orphan the old chain. Hard forks are usually performed by people who wish to create a new token or chain that runs on different rules.

Ethereum’s hard fork after the DAO attack created a new blockchain. The original network was rebranded as Ethereum Classic, while the new chain retained the name – Ethereum.

It is worth noting that Ethereum would later undergo several hard forks. However, unlike the DAO event, none resulted in a controversial chain split except the 2022 Beacon Chain upgrade, which transitioned Ethereum to a PoS consensus mechanism. Other vital upgrades on the network include the Tangerine Whistle, Spurious Dragon, Byzantium, and Constantinople.

After surviving the DAO incident, Ethereum’s next major challenge was its scalability issue. Like Bitcoin, the Ethereum blockchain faces the Blockchain Trilemma, a concept first used by Buterin while describing the core functions of a decentralized blockchain network. 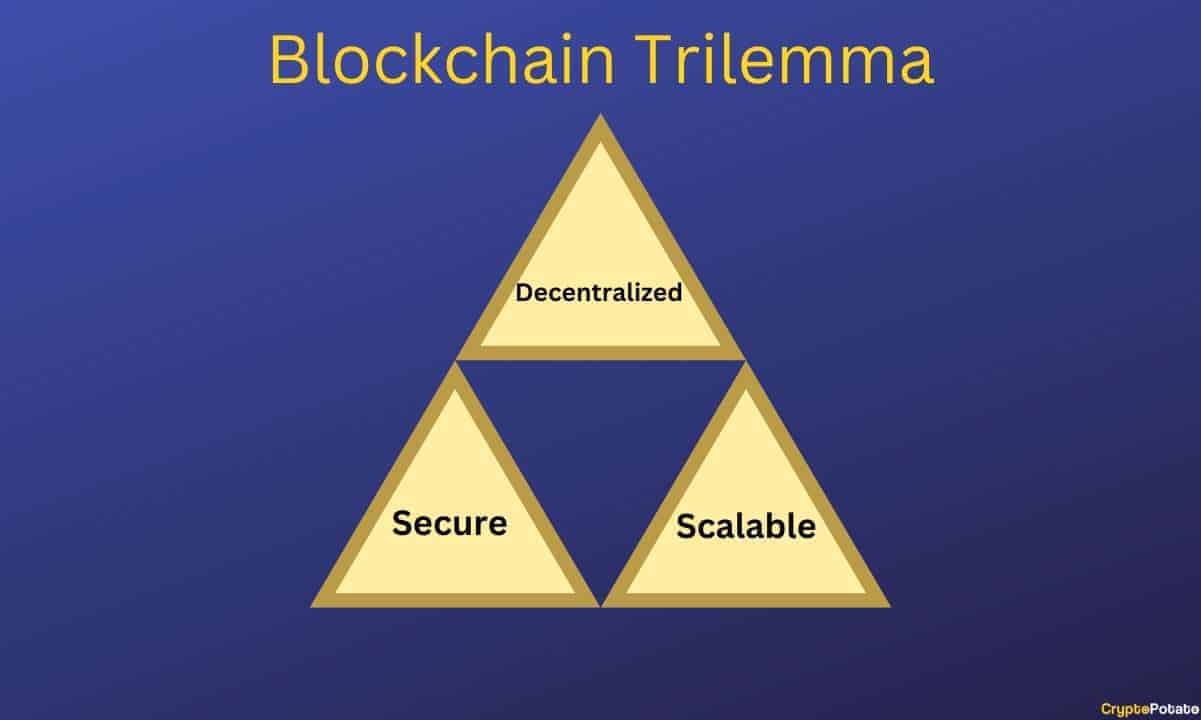 The Ethereum co-founder stated that security, decentralization, and scalability are the three desirable elements of a blockchain network. However, it’s difficult for a blockchain to have efficient levels of all three features simultaneously. In other words, it must compromise one core feature to optimize for the other two.

By late 2017, Ethereum had become a favorite smart contract platform for dApp developers. The network also enjoyed euphoria from the bull market that year, with the blockchain game CryptoKitties pulling crowds into the Ethereum ecosystem. This resulted in network congestion, with transactions taking longer to confirm and gas fees shooting through the roof.

The scaling issues on Ethereum created a market for off-chain scaling products such as Polygon.

You can find out more about Layer2 scaling solutions in this in-depth article.

The DeFi boom of 2020 and 2021 did not make things easy for Ethereum. While the blockchain continued to record a significant adoption rate, average users were plagued with high gas fees, thus creating the need for users to sort out cheaper alternatives such as BNB Chain and Tron.

To resolve its scalability issues, Ethereum implemented an upgrade in December 2020, marking the start of the network’s transition from PoW to PoS. The upgrade required 16,384 deposits of 32 staked ETH in the contract address before it was implemented.

Proof-of-stake is a blockchain consensus mechanism that verifies crypto transactions and creates new blocks through randomly selected validators, unlike PoW, which requires miners to solve mathematical puzzles. In PoS, validators must stake their coins before they are allowed to verify transactions on the network.

PoS is a more secure and energy-efficient consensus mechanism than proof-of-work architecture. According to the Ethereum Foundation, proof-of-stake is also better for implementing new scaling solutions, which Ethereum needs more than ever.

The upgrade created a separate PoS chain called the Beacon Chain, which ran parallel to the Ethereum PoW Mainnet. Both chains would then merge to form a single network called Ethereum 2.0 or ETH 2.0. However, the Foundation rebranded the new name to “Consensus Layer,” noting that ETH2 sounded like a new operating system, which was not the case. The rebrand was also part of the Foundation’s effort to prevent users from being victims of scams such as swapping ETH for ETH2.

The Ethereum development team released several updates after the launch of the Beacon Chain in preparation for the Merge. Some of these upgrades were Altair and Bellatrix.

The precise explanation, as provided by the Ethereum Foundation, is:

“The Merge represents the joining of the existing execution layer of Ethereum (the mainnet we use today) with its new proof-of-stake consensus layer – the Beacon Chain.”

The Ethereum Merge was implemented with an upgrade called “Paris” at block 15537393 on September 15, 2022. At the time of the upgrade, over 13.4 million ETH coins were staked on the deposit contract. The fork saw Ethereum’s transition to a PoS consensus nearly two years after the Beacon genesis.

So what happened to Ethereum’s PoW miners after the Merge? The Ethereum network was forked to create a separate chain (similar to Ethereum Classic). The blockchain is called proof-of-work Ethereum (ETHW), and it allows miners to continue verifying blocks by solving complex mathematical puzzles for ETH rewards.

You can take a look at our complete guide on the Merge here.

The Future: What’s Next After the Merge?

With the Merge successfully implemented, the next major upgrade on Ethereum is Sharding, a multi-phase upgrade designed to improve the protocol’s scalability and overall capacity. This is known as an on-chain scaling solution.

Sharding will work synergistically with layer2 rollups while splitting the entire Ethereum network into independent partitions called shards, thus improving the network’s throughput by up to 1000x. Aside from scalability, Sharding will introduce other benefits to Ethereum, such as more network participation and improved decentralization.

The upgrade is expected to be fully implemented around 2024 or beyond. This means that until then, Ethereum will likely continue to depend on off-chain scaling solutions such as layer 2 and sidechains.

The post Ethereum’s History: From Whitepaper to Hardforks and the ETH Merge appeared first on CryptoPotato.