Ethereum-based initial coin offerings (ICOs) are popping up every day, but everyone is still waiting for that killer service that really proves to the world that blockchain-based businesses are the future.An upcoming token by esports betting platform Unikrn may not be the ultimate answer to that question, but it is one of the most natural uses of the blockchain architecture I’ve seen so far.Unikrn’s UnikoinGold token will be, simply put, a currency for betting on esports events. The company already launched a virtual coin called Unikoin in 2015, but it was essentially a virtual currency which could not be bought or traded — you could only get it directly from Unikrn.UnikoinGold (the old coin stays, and will be called UnikoinSilver from now on) offers several key advantages: It can be purchased or sold on third party exchanges, as well as withdrawn from Unikrn altogether.This allows Unikrn to bypass some betting laws (as stated in the UnikoinGold whitepaper), but it’s not entirely clear which ones (we’ve reached out to Unikrn on this and will update the post when we hear from them) and some limitations will definitely stay.

“We chose to turn Unikoins into an esports cryptocurrency so we could expand our business more efficiently. With UnikoinGold and UnikoinSilver we won’t have to deal with multiple banks and currencies across multiple countries,” said a Unikrn spokesperson.

UnikoinGold, just like UnikoinSilver, will be available to everyone, but it will work differently in so-called “full service jurisdictions,” and “limited jurisdictions.” The most important distinction between the two is that users in the former can actually bet, while users in the latter can only enter raffle contests, regardless of the coin they use.

“At launch all jurisdictions would be limited. Within 90 days we will open up some full service jurisdictions across Europe,” said a Unikrn spokesperson.

All trading will happen, Unikrn claims, on the UnikoinGold blockchain (using Ethereum smart contracts), which should make it fully transparent to the public.

As for the value of UnikoinGold, it will be decided on by the open market, which might make the entire process of gambling a bit more exciting.

Unikrn plans to sell $100 million worth of UnikoinGold — a big number but one that pales in comparison with some recent ICOs. The presale registration period is already over but the public token sale will launch on Sept. 22, 2017. 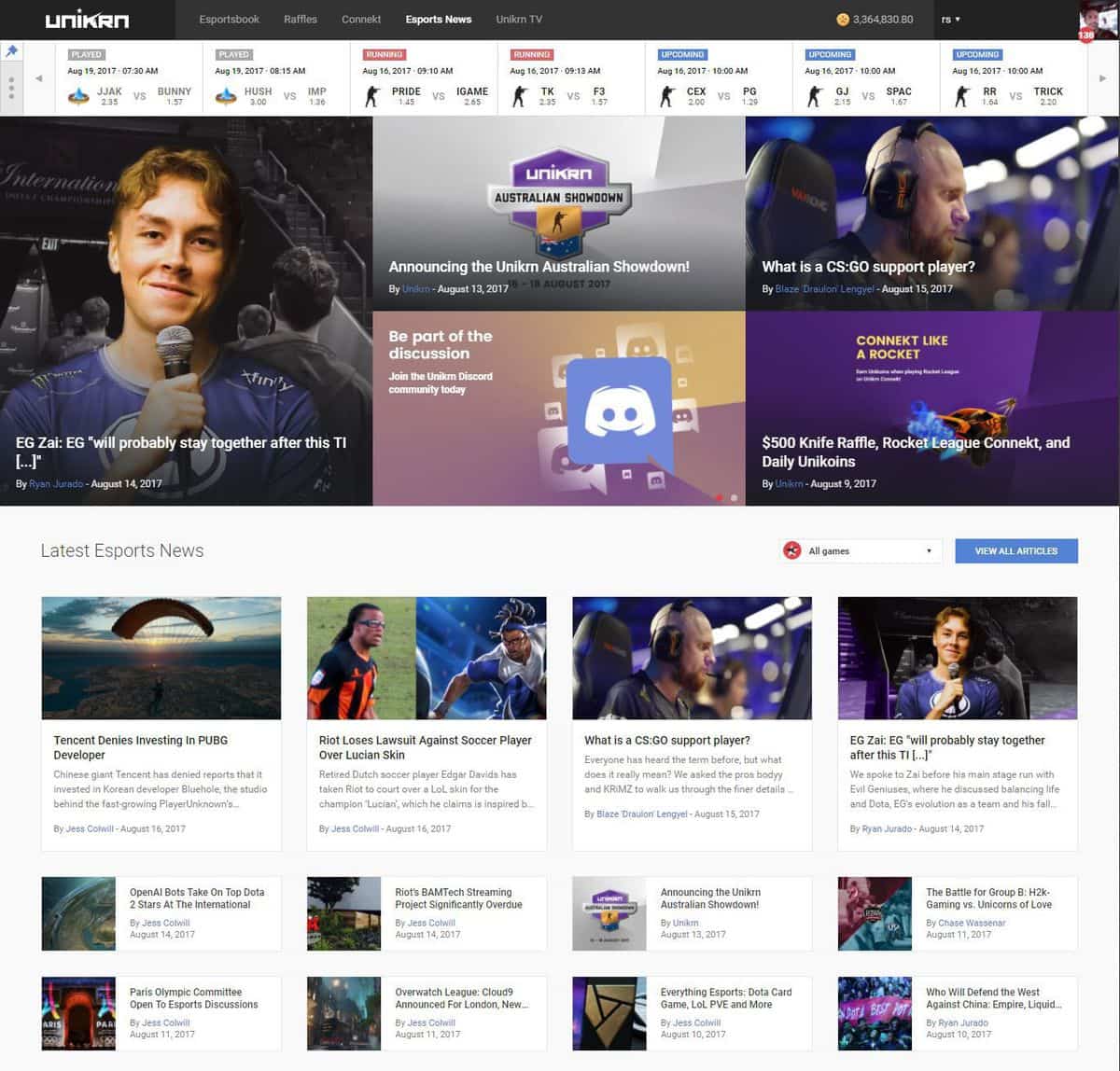 Unikrn allows you to bet on esports events, such as League of Legends matches.

The Seattle-based Unikrn is backed by some high profile investors, including Mark Cuban, Ashton Kutcher and 500 Startups. Interestingly enough, Mark Cuban called Bitcoin a bubble in June, but later said that participating in an ICO is a “high risk, high reward” type of endeavor.

This is not the first betting-related ICO, though. A company called DAO.Casino launched a blockchain-based protocol for gambling which other companies can use to create blockchain-based online casinos. It raised nearly $18 million in ether (in today’s prices) in a token sale that ended on July 21.

Check out the UnikoinGold whitepaper here.