The cryptocurrency industry has changed fundamentally over the past years with new protocols developing tools designed to explore previously unchartered horizons.

Data has been at the forefront of blockchain protocols for a long while, but now, with the advent of narratives such as non-fungible tokens, decentralized finance (DeFi), as well as the recently booming concept of Web 3.0, it has taken a leap forward.

ONDA is Ocean Protocol’s latest product release, a decentralized data marketplace that pairs existing DeFi tools, token standards, and smart contracts across several blockchain networks, such as Ethereum, Polkadot’s Moonbeam, or Polygon. Simply put, the Ocean Protocol ONDA Marketplace makes data an investable crypto asset class. What’s important to highlight is that the Marketplace is not just another purely speculative DeFi Marketplace that offers its participants an unrealistic yield. It was carefully designed to reward utility and generate real world value by ensuring a balanced foundation of data consumption and speculation.

Why is Data Consumption Valuable?

In our digital age, data is one of the world’s most valuable resources. Technologies like artificial intelligence rely on the availability of vast amounts of data to succeed. However, data is either exploited by Web 2.0 corporations or simply remains locked up as companies are too afraid to publish it.

Ocean Protocol’s data marketplace aims to incentivize data owners to take back control of their data and monetize it using blockchain technology. According to Ocean Protocol’s vision, their technology makes data an asset class that can be exchanged on an open-source data marketplace. This could benefit data consumers, data scientists, and independent researchers to access more quality data, allowing them to innovate, solve global challenges and generate economic value.

Ocean Protocol’s smart contracts enable data owners to monetize their data by making it accessible for data buyers that are looking for datasets on the internet. 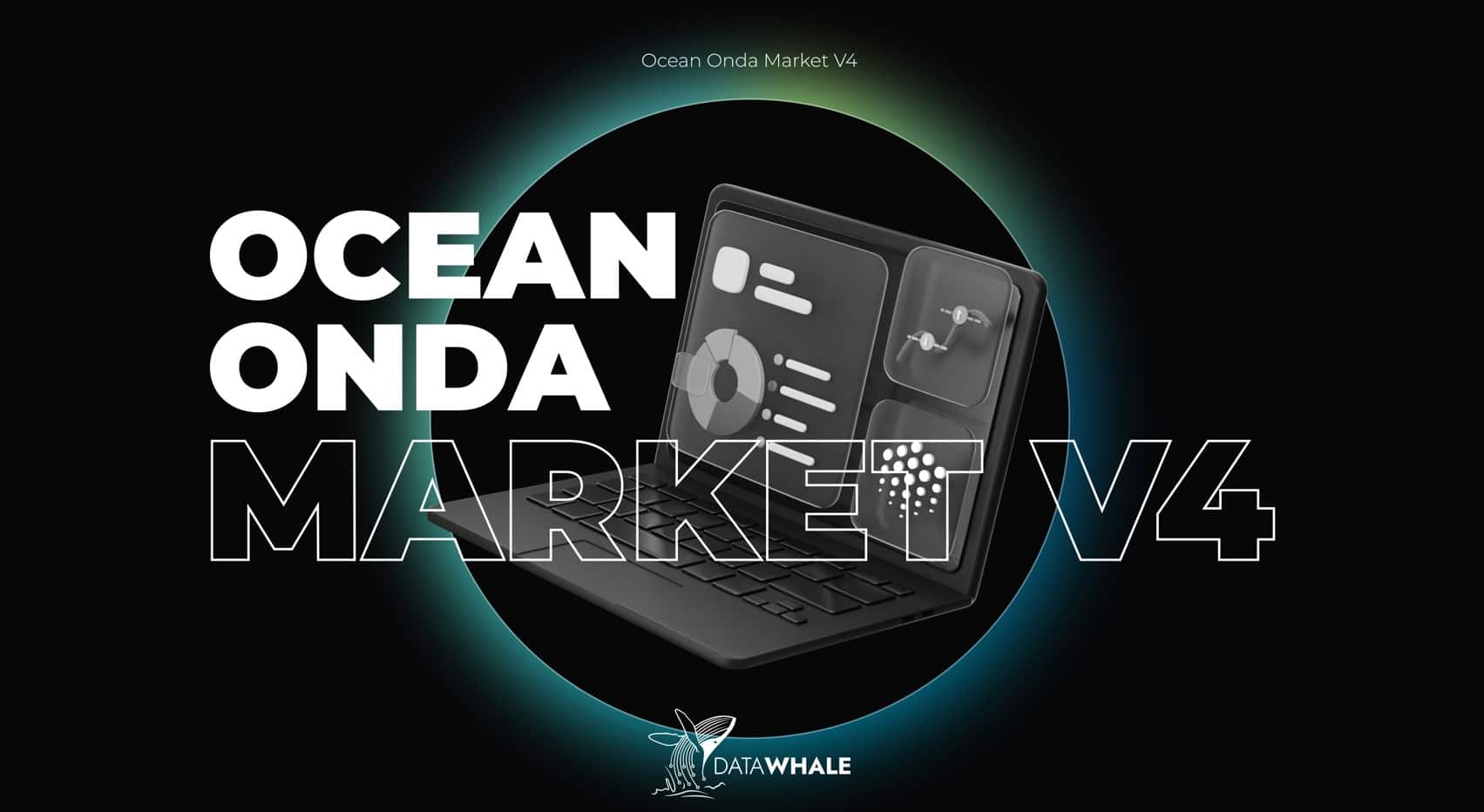 How Can the ONDA Marketplace kickstart a Web 3.0 Data Economy?

The name ONDA was voted in favor by Ocean Protocol’s community, a diverse and engaged audience of data scientists, data industry leaders, and crypto enthusiasts. ONDA simply means ‘wave.’ And that is what Ocean Protocol is looking to unleash – a utility so powerful for crypto that it could kickstart a narrative known to Ocean’s supporters as the “Web 3.0 Data Economy”.

Ocean Protocol deployed existing blockchain tools and paired them with customized smart-contracts to put their vision into action. ONDA allows data owners to mint NFTs that represent the exclusive licensing right to their data. Ocean calls these ‘DataNFTs,’ a transferable license to distribute and commercialize the underlying dataset that the NFT represents.

The owner of the DataNFT can then launch so-called ‘Initial Data Offerings’ on the ONDA Marketplace. Similar to Initial Coin Offerings [ICO], the DataNFT owner can mint fungible ERC20 Datatokens on the ONDA Marketplace, which offers a simple website interface to easily complete the process of tokenizing data. All this is achieved by using the OCEAN Token, Ocean Protocol’s native token that serves as the currency for the Web 3.0 data economy.

Ocean Protocol’s core team redefined existing blockchain tools and provided an innovative approach to make data an asset class with the help of their ONDA V4 Marketplace. Ocean Protocol has been awarded as a World Economic Forum Technology Pioneer in 2021 and engages with several institutions that have already forked their technology to create their own data marketplace, such as Acentrik by Mercedes Benz. In addition, collaborations with Chainlink and other renowned projects set the foundation to kickstart the Web 3.0 data narrative.

When compared to previous versions, the newly released ONDA Marketplace provides several benefits for its participants, such as protection against impermanent loss and rug-pulls, single-sided staking, and utility-based yield farming rewards. ONDA has been carefully engineered to offer the best DeFi experience linked to data exchange.

If you wish to learn more about the Ocean Protocol ONDA Marketplace, there’s more information on Ocean Protocol’s official website and users can also participate in the ONDA tutorials offered on Data Whale’s website.