In 2022 Bitcoin, Ethereum, and the bevy of altcoins riding on the original gangster cryptocurrency’s very long coattails weathered their most brutal crypto winter to date. Of course, the cryptocurrency industry is eager for an end to the long, drawn-out Bitcoin price winter.

From Bitcoin miners and mining pools to Layer-2 chain developers like the Lightning Network to crypto day traders and crypto investors – confidence is shaken, fear and greed are high, and the metaphorical blood just keeps pouring out into the streets. When will it end?

2023 Bitcoin Price History Was a Doozy and a Half

The sharp market correction after the $69K ATH in November 2021 was reasonable, understandable, and even expected by many. When the price fell to the $30,000 handle in May, it was nerve-wracking. But the Bitcoin price still looked pretty good to anyone hodling bitcoin from Jan 1, 2018, through Jan 1, 2021. During that three-year period, BTC traded at an average of around $10,000.

Then, the fear really started to set in when Bitcoin’s price fell into an unequivocal crypto winter pattern as the Northern Hemisphere approached summer. The sudden slide during one week in June from the $30K handle to the $20K level was a major shock to the heart of crypto traders.

As we round out Q4 toward 2023, the situation with Bitcoin’s price is especially dire. While there was no doubt at all that we were in winter all year, at least Bitcoin held at the key support level of $20K from June until the beginning of November.

FUD Sets In, Then Goes From Bad to Worse

That $20,000 price per coin was an important psychological support level. Four-and-a-half months of price action firmly in the vicinity of that number seemed, after the dramatic price collapses in H1, like the good promise of a drawn-out bottom before the next trend rally.

The question now is how will Bitcoin perform in Q1 2023 and beyond.

There are several proverbial 8,000-pound gorillas in the room:

Among others – rampant losses to financially and legally insane crypto ventures, fierce competition from smart contract chains, the question of BTC’s correlation to U.S. tech stocks, intense regulatory ambiguity, and a pause from wary but very interested institutional investors.

The following is a brief summary review of 8 key long-range factors and their confluences on the Bitcoin price heading into 2023. (You can read a similar analysis and commentary published by the same author on CryptoPotato for the Bitcoin price at the beginning of 2021 here.) 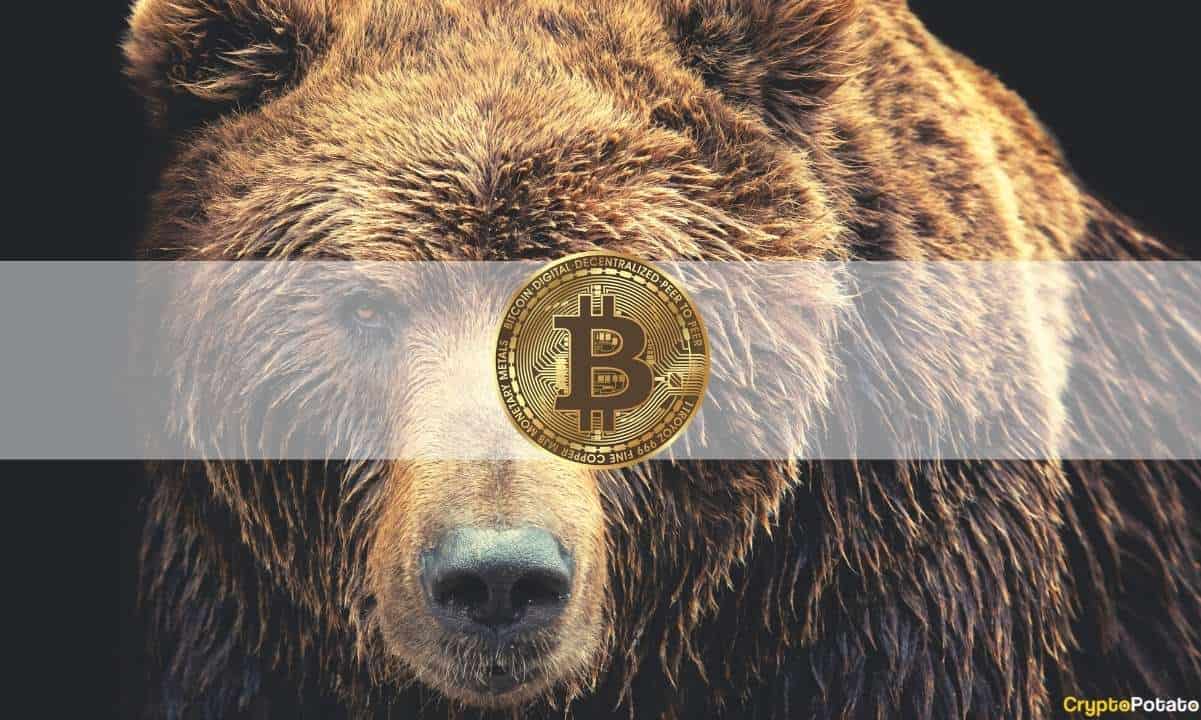 1. Collapses of LUNA, FTX, and Others in 2022 Are Weighing on The Spot Price of Bitcoin

“You don’t find out who’s been swimming naked until the tide goes out” is an oft-used aphorism of Warren Buffett, the old ‘Oracle of Omaha,’ to describe the effect of broad market corrections on the weakest participants in the game. They shake out of the game altogether as the downturn becomes a cash squeeze for the underlying businesses evaluated by the market.

The first phase of 2022’s Bitcoin winter appeared to market watchers as a clear-cut case of a necessary and inevitable price correction to a deeply overheated price level after the Nov 2021 peak. But the secondary effect of the price correction was to see who was just boasting to investors and who really had cash reserves to weather the Bitcoin crash. When the bear market revealed several crypto enterprises were insolvent, it sent the prices of BTC, along with other coins cratering over the rest of the year. Investors are now understandably wary to divine the industry and exchange markets to pick out winners.

2. U.S. Crypto Regulatory Ambiguity Could Drag Bitcoin Price Down Through 2023

Regulatory ambiguity toward cryptocurrencies in the United States and across the globe where major crypto players operate is hurting the industry’s growth prospects by keeping huge investors on pause. They’re waiting to know what the government is going to do about cryptocurrencies before jumping into these turbulent waters.

Investing in cryptocurrency is fraught enough with dangers and risks, even without a sudden encroachment by government regulators that unexpectedly raises regulatory compliance costs. One of the most critical questions hanging in limbo at the moment is whether the United States will classify cryptocurrencies as commodities, securities, or something else entirely.

While the constant and seemingly never-ending tumble of crypto prices this year has shocked investors, the crypto industry’s developers have been plugging away through the Bitcoin winter to improve the sectors’ products and get them ready for more adoption and scale. Competition from BTC substitutes like Ethereum and other altcoins could keep the original gangster crypto from rallying with the strength it otherwise could.

Vitalik Buterin, in a recent reply to a frustrated crypto investor on Twitter, said:

“I’d recommend increasing your distance from trading/investing circles, and getting closer to the tech and application ecosystem. Learn about ZK-SNARKs, visit a meetup in Latin America, listen to All Core Devs calls and read the notes until you’ve memorized all the EIP numbers…”

That’s what Buterin and the Ethereum team have been doing, not sweating the extended market price downturn and keeping their heads down and their nose to the grindstone. The Ethereum merge to upgrade Ethereum Mainnet from a proof-of-work system to a proof-of-stake network is calculated to scale the smart contract blockchain’s adoption faster when the next bull run occurs. It was completed in September.

Macro conditions are difficult for all financial markets heading into 2023. As Tesla and SpaceX CEO Elon Musk recently summarized:

Meanwhile, permabear Nouriel Roubini (who attention markets call “Dr. Doom” for his inveterate bearishness) predicts a looming severe recession will continue to discount U.S. stock prices. Even though the broad S&P 500 benchmark is already down some 15% for the year, Roubini says we can expect another 25% haircut on stock prices from here.

Because the Bitcoin stock market correlation has remained tightly coupled for over a year now, if stocks continue to go down, they could easily take bitcoin spot prices down with them. Some more recent bearish stock market data and analyses are here and here. 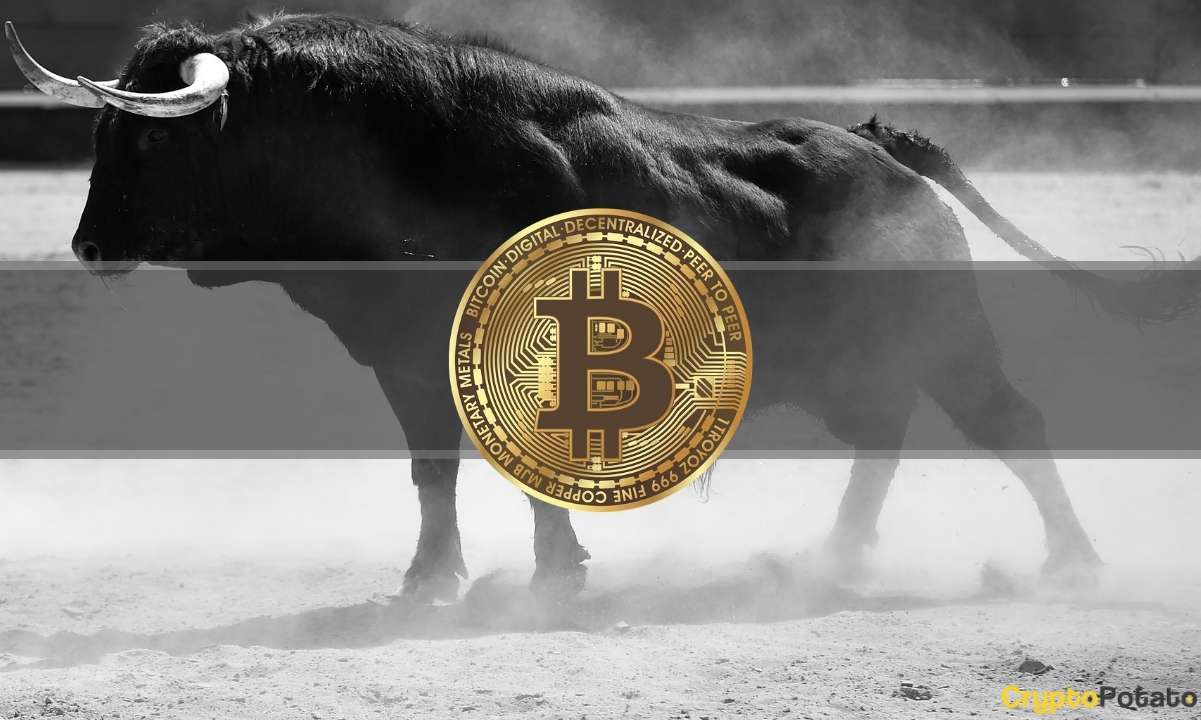 Now the Bitcoin to stock market correlation could be a bullish indicator for bitcoin, depending on your view of how equities markets will move in 2023. If equities continue their downward trend into Q1 and Q2, supposing the Bitcoin spot price remains coupled to stocks, we will see a bear market extending into 2023.

However, if Bitcoin does not decouple from the stock market and we get a NASDAQ rally in 2023, odds are good that bitcoin spot prices will rally along with the broader tech and overall economy benchmarks.

In the very short term, stocks are unlikely to get a Santa Claus rally to round out Q4. It could very well be, though, that stocks will rally again in 2023 after posting significant losses for the calendar year of 2022. (On the year-to-date pane, the NASDAQ Composite is down some 30%, while the S&P 500 Index is down 18%.

At least one top Wall Street analyst says that one of the biggest headwinds potentially facing stocks in 2023– downward revisions in earnings estimates– is overstated. That’s because changes in Year over Year earnings have a statistical correlation to stock price changes of virtually zero.

Meanwhile, a recent report by CNBC is optimistic about a stock market rally in 2023, citing retail investors’ sentiment. They seem to think the bottom will be in next year and are going on a buying spree of tech equities especially.

2. Bitcoin Is Oversold Like Crazy As We Head into 2023

Perhaps one of the most important bullish leading indicators for the Bitcoin price next year is the absolutely viciously oversold condition of bitcoin trading pairs on liquid crypto exchange markets.

Bitcoin is so oversold at this point that its trendline on the Bitcoin Rainbow Chart has screamed straight through the “BUY!” zone and settled for months now in the “Basically A Fire Sale!” zone of the chart.

The logarithmically graphed Bitcoin Rainbow Chart is a static BTC trading recommendation tool that helps investors and traders to determine the fair value of Bitcoin on the basis of its historical trends.

While the price of a coin at the exchange has taken one steep fall after another, with each headline-making hit to the industry’s big players, the fundamentals of the economy and market for Bitcoin remain strong.

While the hash rate has dropped some over the last month, the overall view of the Bitcoin economy is one of a very solid hash rate to price ratio for the Bitcoin network.

Miners have continued to invest heavily in their operations even with the price in steep and entrenched capitulation all year. Throughout the Bitcoin winter, a solid half to near-half of the coins held have actually been held at an unrealized profit.

4. It’s About to Rain Institutional Investors and Hedge Funds

Most of the institutional investment in cryptocurrencies is yet to come as we finish 2022. Big hedge funds that invest for retirees’ pensions and venture capitalists are still waiting with dry powder to get in on the opportunities that Bitcoin’s price growth and volatility represent for them.

They’re waiting to get the regulatory green light from authorities to advance, and as they’re waiting, they continue to learn and hire blockchain experts and engineers to make preparations for when that day finally comes – maybe in 2023.

When they finally enter, allocating a half percent or one percent of their books to crypto like Bitcoin or Ethereum, the market will undoubtedly find a new center of gravity, with resilient key support at a much higher level than the market has so far seen with retail investors.

Also: Don’t forget the Millennials! They like crypto better than stocks.