The protocol works to enable traders to tap into deeper liquidity pools and receive better pricing while doing so through a simple interface. It connects multiple blockchains, making the network’s transaction from one chain to another pretty straightforward. This provides for more usability, functionality, and scalability without sacrificing speed, cost, or environmental strain.

In this guide, we are taking a closer look at how to use the different features of the platform and everything there is to know about it.

The forbitspace DEX aggregator represents an interoperability protocol that’s intended to connect various networks while also uniting applications built on top of them. This allows for massive liquidity provision across blockchains and makes it possible to transact in, out, and across various networks relatively easily.

The platform takes advantage of an algorithm for smart order routing that’s called Spaceflight. It splits single transactions into multiple orders across a range of different DEXs and it also routes these orders through, hence enabling deeper liquidity and – consequently – better pricing, lower fee cost, and enhanced efficiency.

Moreover, forbitspace also brings forward other tools that users can take advantage of – all under the same single interface.

The forbitspace API is designed in a way to find the best rates on the biggest networks – Ethereum, BNB Chain, Polygon (MATIC), and Avalanche. It also uses smart order routing which enables it to find the best available prices. 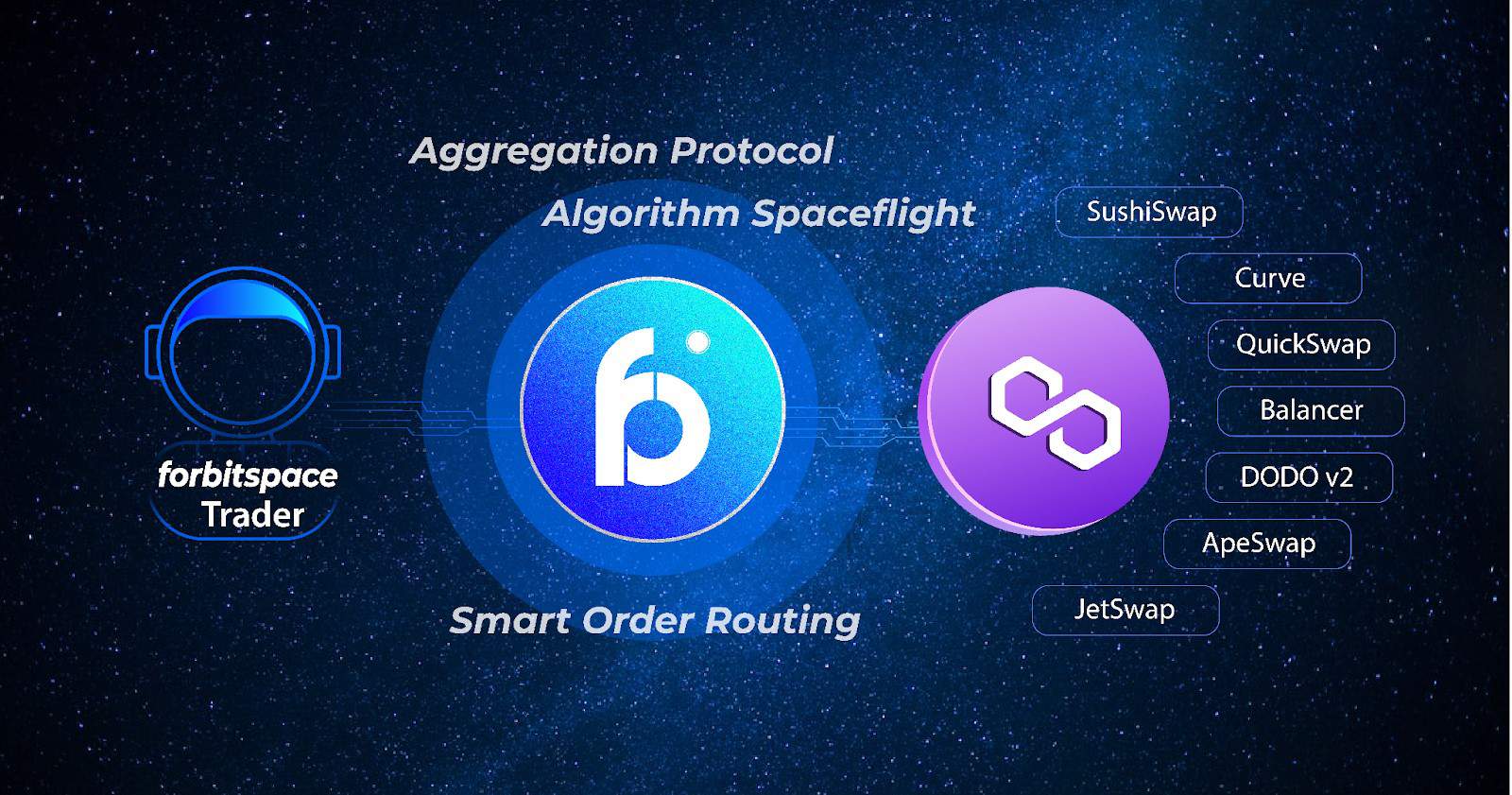 Forbitspace also takes advantage of an algorithm that considers a large enough data set for bigger trades and better rates. It splits routes and executes trades across many pools at oncle which brings further benefits such as the ability to optimize slippage, to swap fees, and so forth.

A swap deal that’s split between several decentralized exchanges can essentially provide a better price for the end user than a swap on a single exchange. The DEX aggregator has one main task and that’s exactly this – to offer better rates than any specific decentralized exchange, while also doing so in the shortest possible time. Of course, other goals include protecting users from price impact, while also reducing the possibility of failed transactions.

How to start using forbitspace?

The below is a step-by-step walkthrough on how you can start swapping on forbitspace. 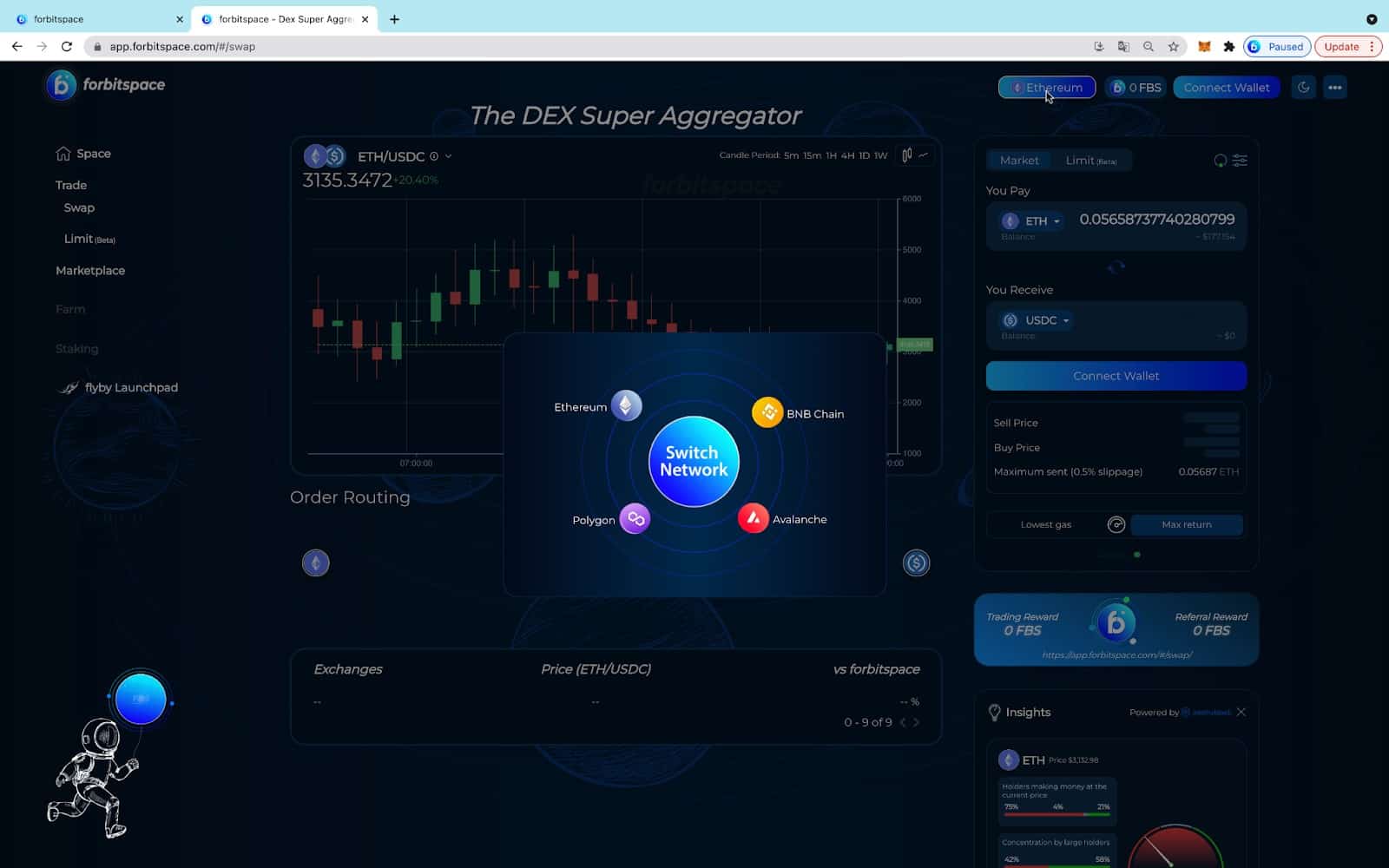 To do so, you need to go to forbitspace.com, launch the app and connect an ETH wallet right from the homepage. At the time of this writing, the protocol supports Web3 wallets such as: 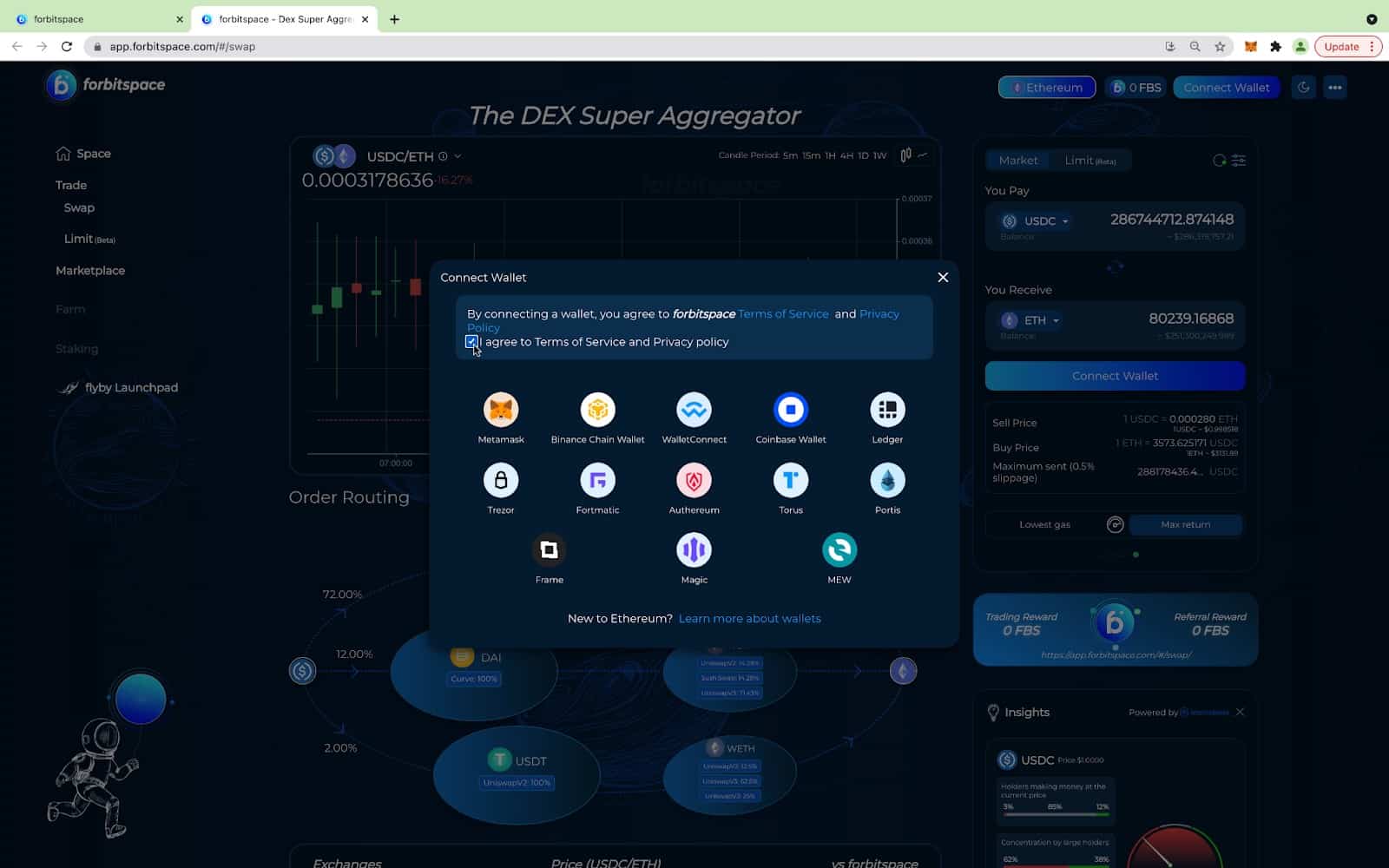 Once this is done and you have accepted the terms and conditions of the connecting wallet, your ETH address will be displayed at the top of the page. By clicking on it, you can always check your transaction history, disconnect the wallet, or copy the address.

Once you have your wallet linked, you can choose which tokens you want to swap between. Forbitspace will show you a comparison chart with exchange rates from different decentralized exchanges. You will also be able to compare individual rates to the best available rates.

To make things simpler, forbitspace also monitors the liquidity of over 22 leading DEXs and synthetic asset providers. It then compares the prices that are available across exchanges and provides users with a reliable way of accessing deep liquidity at the best rates on the market. 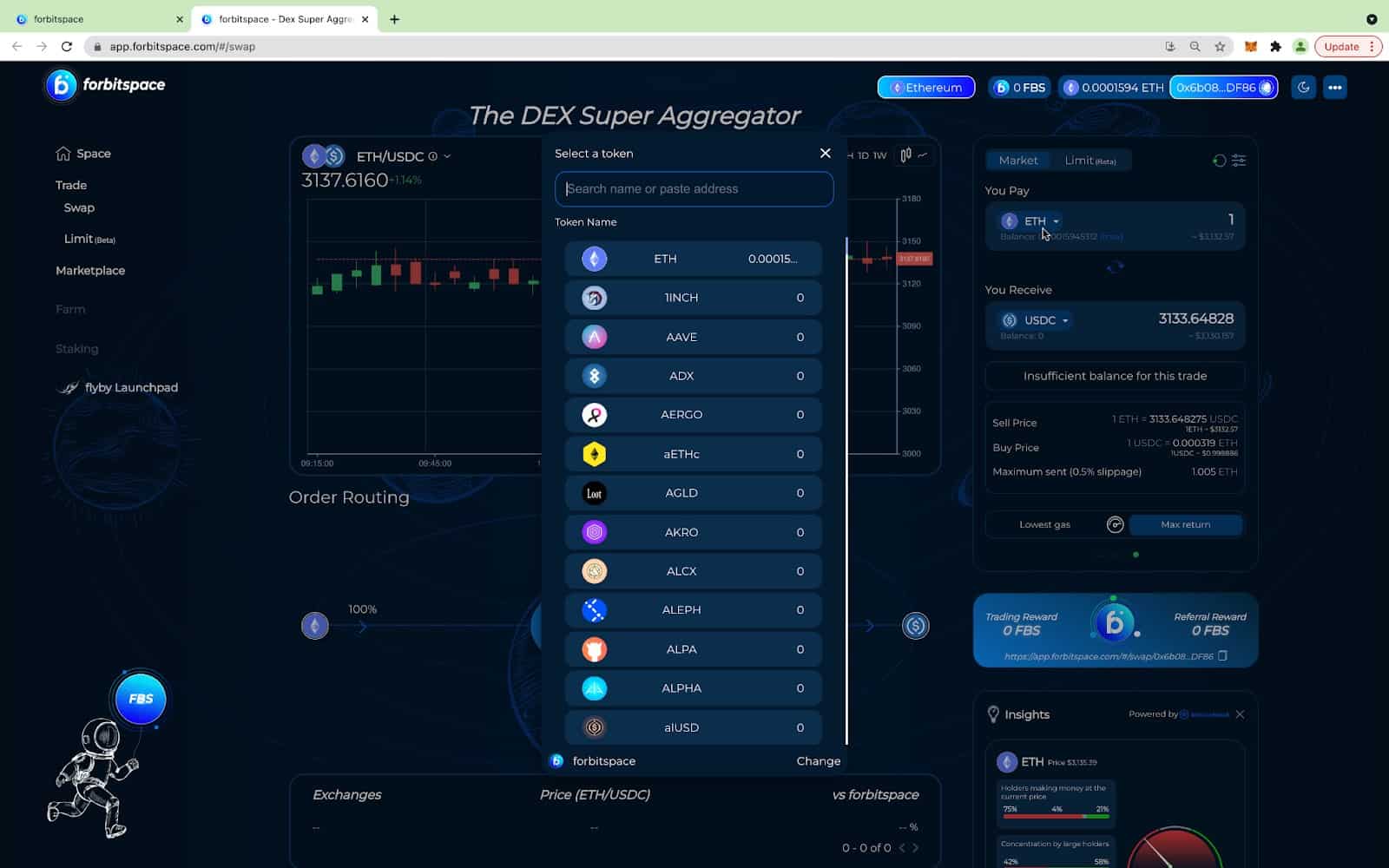 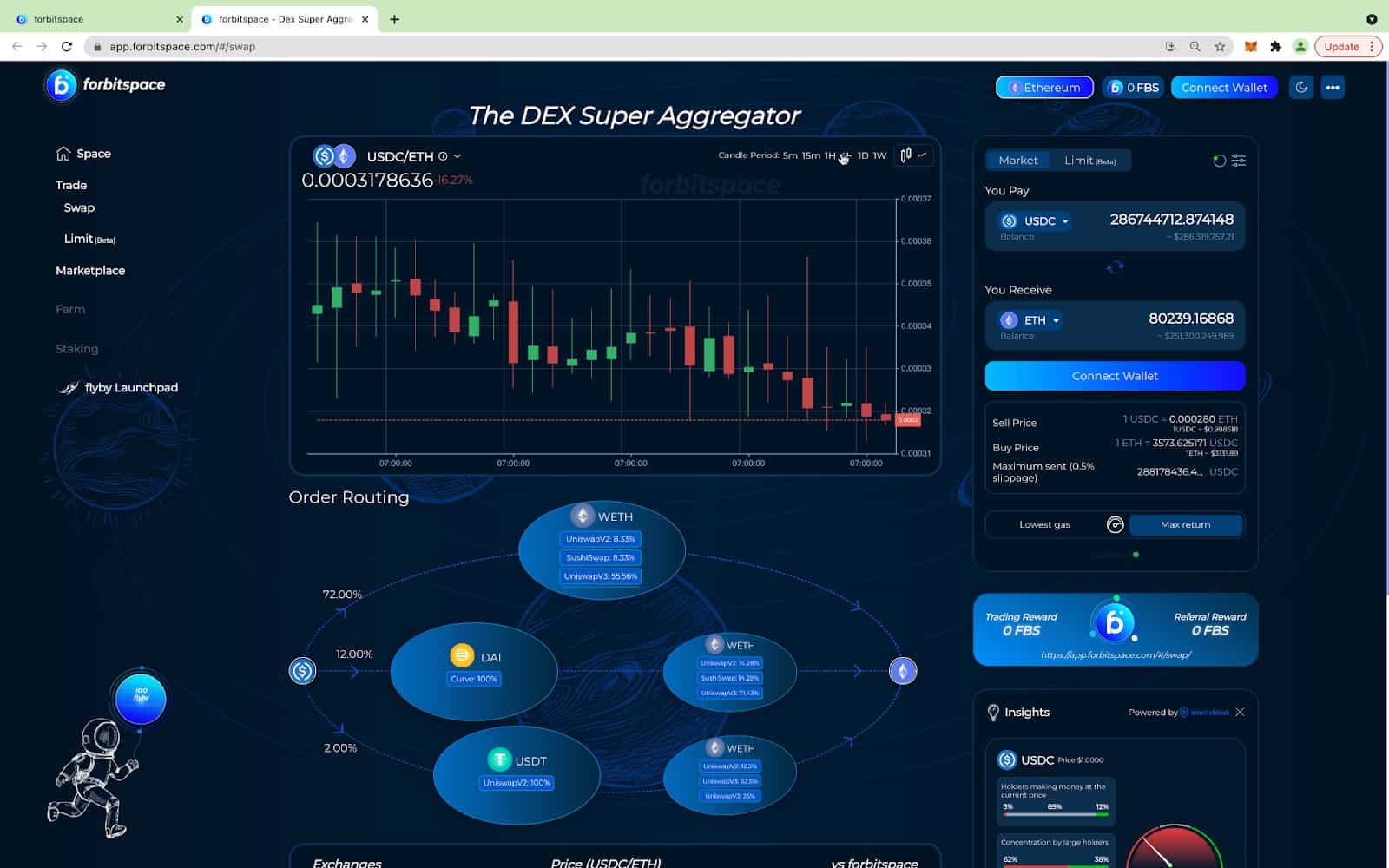 The protocol also enables you to choose between more advanced settings. Hit the ‘Advanced settings’ button in the upper right corner of the swap console. 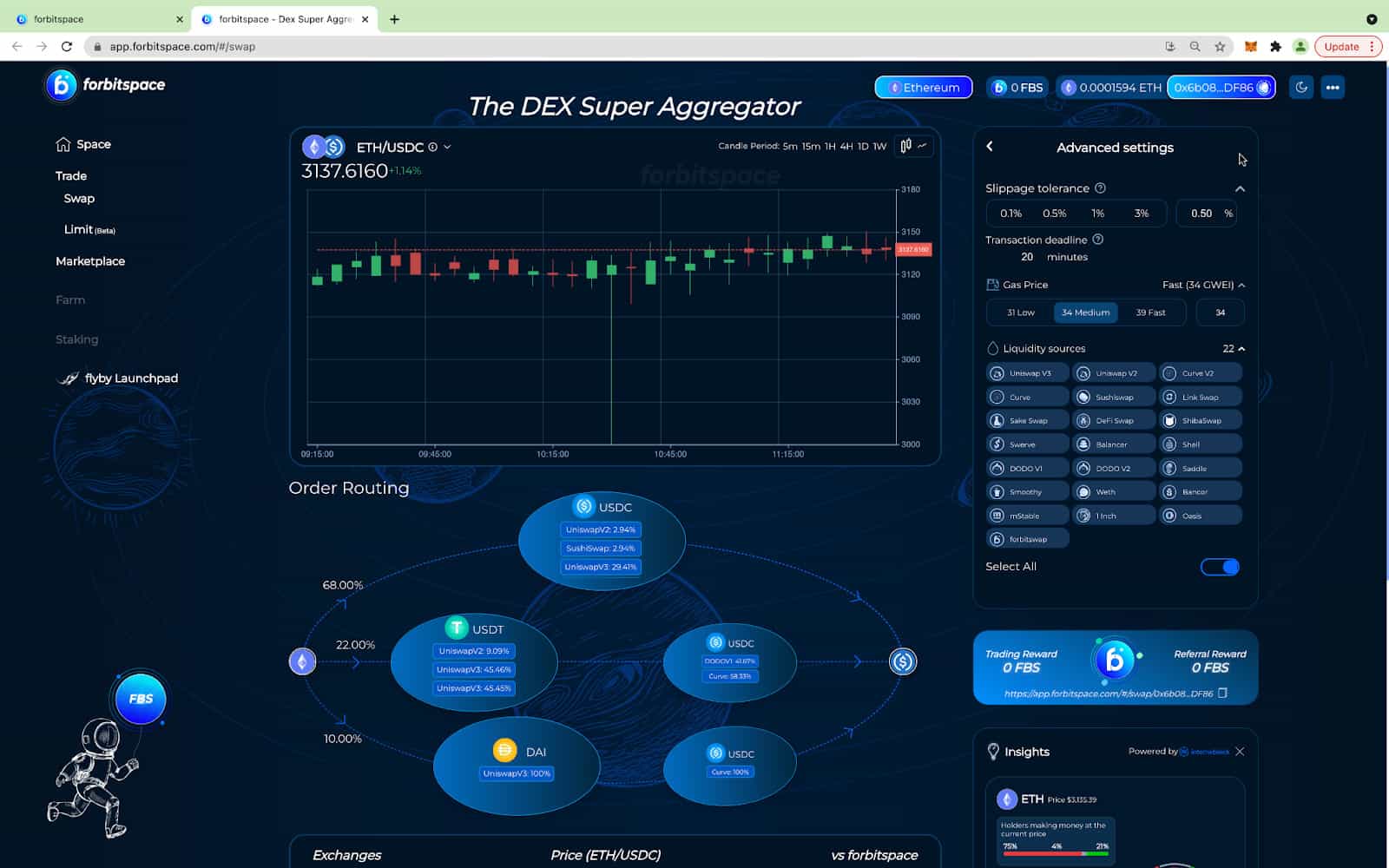 Users are able to choose a custom amount or 0.1%, 0.5%, 1%, 3% for their slippage tolerance. If the rate changes more than the selected percentage during the execution of the transaction, it will be filled partially or reverted – to save user funds.

The advanced settings also provide the user with a view to a comparison table, charts, as well as the entire routing for the swap that they want to do.

To sum up, you can choose a particular slippage tolerance, gas price, and also choose between the liquidity source that the protocol offers.

When you are ready, you can proceed by clicking ‘Swap’. 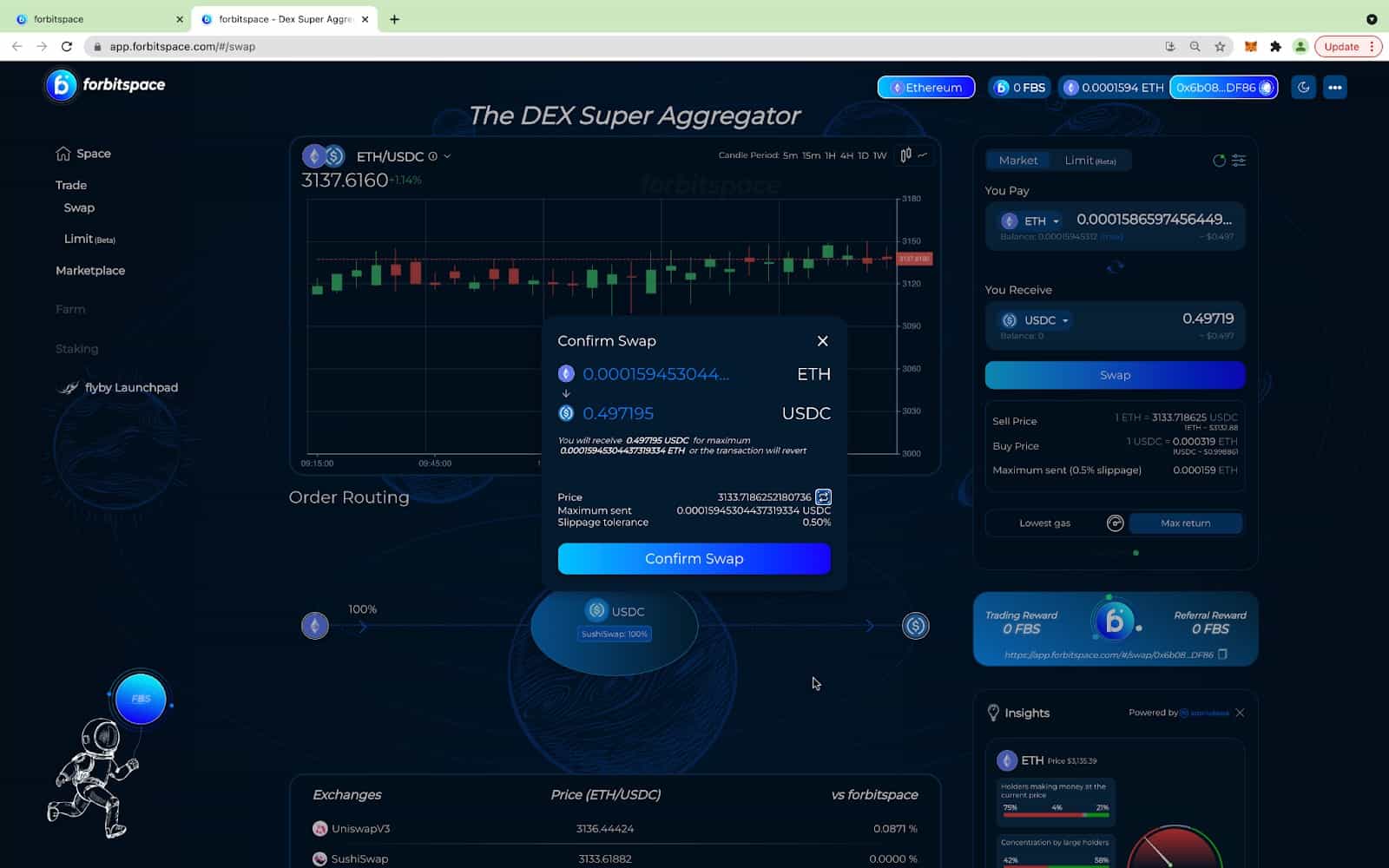 Once you click on confirm, you will also have to sign the transaction from your wallet. After that – you’re done.

What are the other features of the DEX Super Aggregator?

Some of the other features include the following:

Traders are able to easily access liquidity from the main decentralized exchanges thanks to the interoperability protocol that unifies dApps across multiple networks. Transactions are handled easily and connect DEXs via Ethereum, the BNB Chain, Polygon, and Avalanche.

Unlike market orders, limit orders specify a price at which traders want to buy or sell and are executed only once this rate is met. Forbitspace’s limit order protocol is an innovation among DeFi DEXs. It doesn’t charge any additional fees.

Most DeFi applications exist largely on Ethereum. However, high network fees tend to prevent many investors from joining the ecosystem. This is why forbitspace integrated other blockchains such as BNB Chain (formerly BSC), Polygon, and Avalanche.

The protocol doesn’t charge any service fees regardless of the size of your trade. Users still have to pay the trading fees that incur from trading on other exchanges.

The derivatives protocol is there to generate unique assets by making use of certain characteristics such as price locking, as well as the ability to buy or sell assets.

Pros and Cons of forbitspace

As with any other thing, forbitspace also has its advantages and disadvantages. These include the following:

Being a capital-efficient AMM, forbitspace combines the liquidity on Ethereum and BNB Chain while also attempting to provide the scalability of a Layer-2 platform deployed on Polygon, Avalanche, and other blockchains such as Solana which are soon to be integrated. 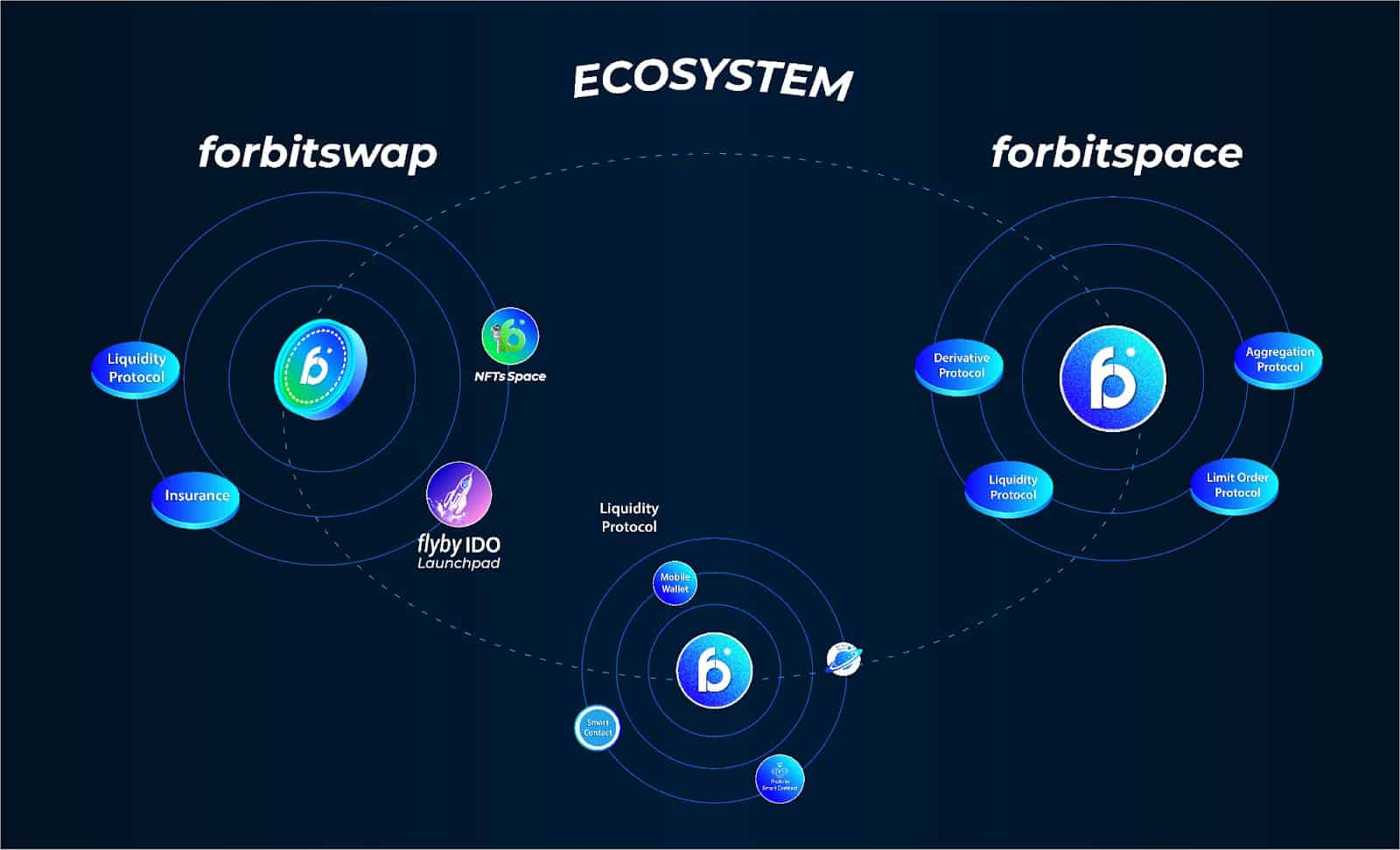 The team also works to provide a comprehensive platform for non-fungible tokens (NFTs) and social tokens.

In essence, the ecosystem of forbitspace revolves around some of the following features: 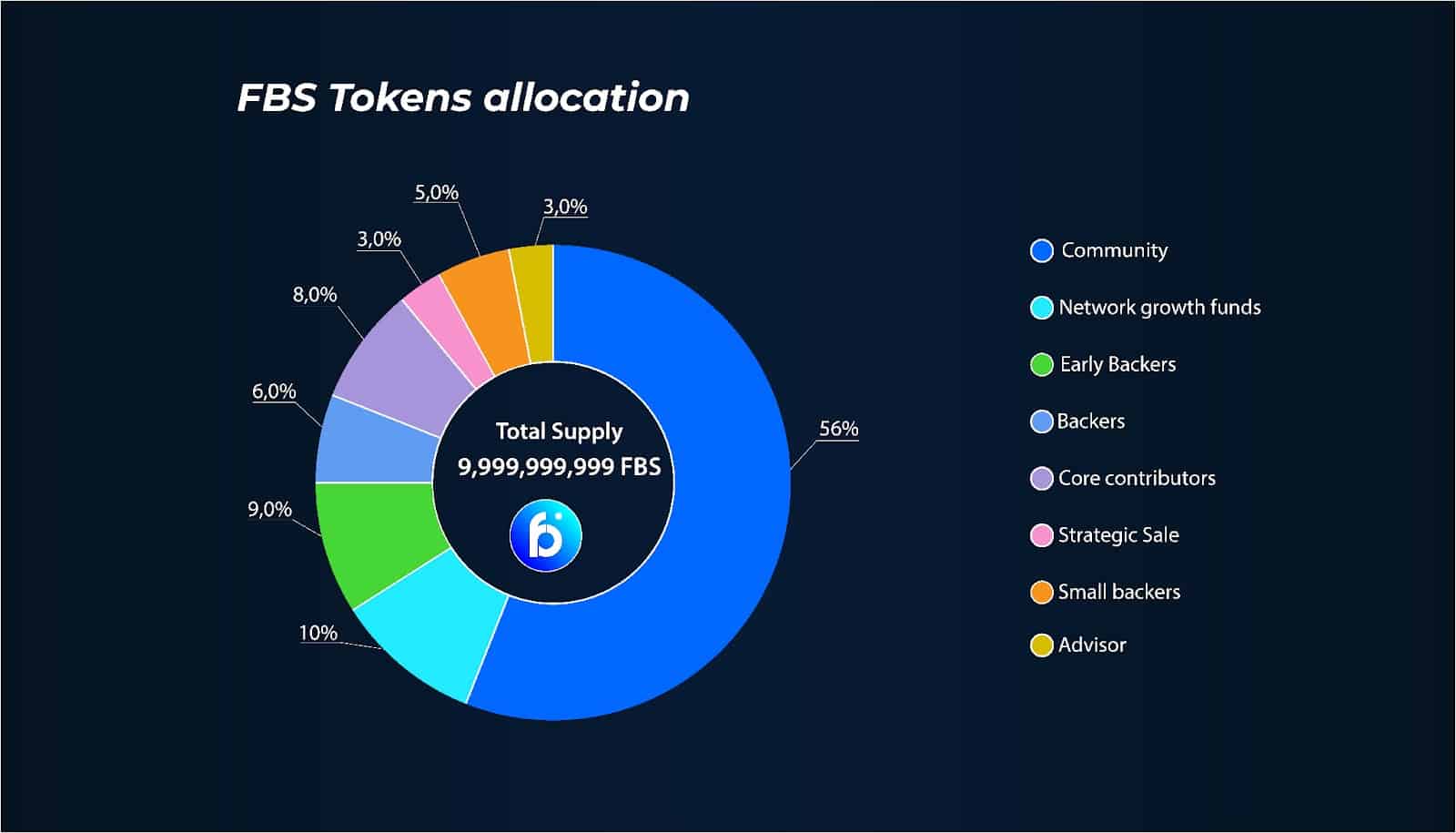 The protocol has also issued its native cryptocurrency – the FBS token. It’s designed to serve as a governance asset and to also reward liquidity providers. Its architecture includes the Space DAO – a decentralized autonomous organization that allows FBS holders to have a say in referendums on upgrades of the protocol and its various elements, rewards strategies, product development, and so forth.

The FBS token also serves as a utility token that rewards liquidity providers of various elements of the ecosystem such as the AMM forbitswap, the NFT marketplace, and the IDO launchpad. Some of its main use cases include:

Forbitspace provides a range of important utilities and features necessary for the further advance of the overall DeFi ecosystem. The team has planned important updates coming forward.

It’s also worth noting that the protocol has been audited by CertiK and Hacken and it also uses the CertiK Skynet to monitor the smart contract thoroughly.

The team is working constantly on providing comprehensive products which include social tokens, the NFT marketplace, liquidity mining, and the IDO launchpad, amongst other things.

You can find more information on the project’s Twitter or you can join their community on Discord.